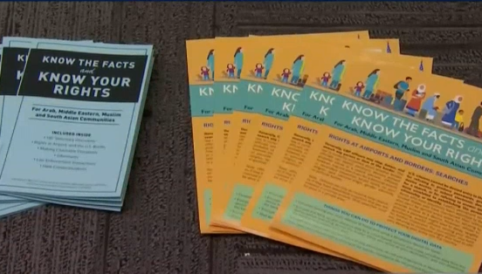 The Bay Area Council on American Islamic Relations is handing out booklets reminding people of their rights in response to concerns Iranian Americans face heightened surveillance as tensions between the two countries escalates.

Some 60 people, mostly Iranian Americans, said they were detained over the weekend at the border between Canada and Washington state when they were returning to the United States.