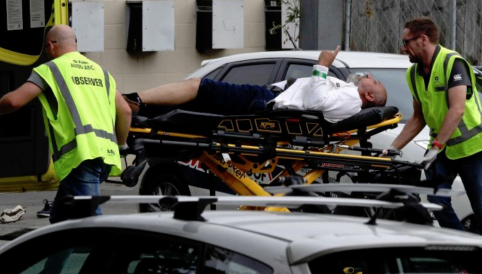 The Council on American-Islamic Relations (CAIR), the nation’s largest Muslim civil rights and advocacy organization, today mourned the deaths of more than 40 worshipers gunned down in terror attacks on two mosques in Christchurch, New Zealand, during prayers on Friday, condemned the apparent anti-Muslim and anti-immigrant hate that motivated the attacks and urged mosques in the United States and worldwide to step up security measures.

A man who claimed responsibility for the attacks left a 74-page anti-immigrant manifesto in which he said he was a 28-year-old white Australian and a racist. Australian Prime Minister Scott Morrison said the attack was carried out “by an extremist right-wing violent terrorist” and media reports indicate that the manifesto posted before the attack includes anti-Muslim rhetoric.

The white supremacist author of the manifesto called himself a supporter of President Donald Trump, who he sees “as a symbol of renewed white identity and common purpose.”

Authorities have detained four people and defused explosive devices following what appeared to be a carefully-planned terror attack.

“To God we belong, and to Him is our return. We mourn the heartbreaking killings of men, women and children gathered for prayer in their houses of worship and urge leaders in our nation and worldwide to speak out forcefully against the growing anti-Muslim and anti-immigrant hate that appears to have motivated these white supremacist terrorists. In the wake of this tragedy, we urge mosques, Islamic schools and other community institutions in the United States and around the world to take stepped-up security precautions, particularly during times of communal prayer.”

Video of the attacks has been posted online. CAIR is asking that the video not be shared.

“Instead of spreading the hate-filled message of terrorists, we should share messages of love and solidarity with the loved ones of those killed or injured in the attacks,” said Awad.

Awad urged President Trump to speak out against the attacks and the white supremacist motive of the terrorists.

CAIR has reported an unprecedented spike in bigotry targeting American Muslims, immigrants and members of other minority groups since the election of Donald Trump as president and has repeatedly expressed concern about Islamophobic, white supremacist and racist Trump administration policies and appointments.

The Washington-based civil rights organization is urging mosques and other Islamic institutions to take measures outlined in its “Best Practices for Mosque and Community Safety” guide. The advice in CAIR’s security publication is applicable to all institutions, regardless of organizational mission.

Funds are being raised for the victims and their families through a joint effort among New Zealand organizations on Launchgood. Donors can contribute online and are encouraged to help spread the word.