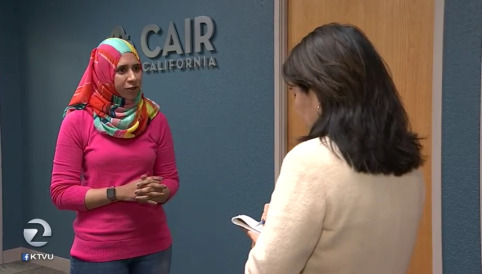 Civil rights activists and Iranian Americans in the Bay Area are on alert after reports that American citizens and residents of Iranian descent were detained by U.S. border agents in Washington state last weekend. Some see the extra scrutiny on Iranian Americans and Iranian residents in the U.S. as an unfair targeting of the community, following last Friday’s U.S. drone attack that killed top Iranian general Qassem Soleimani.

“We got complaints of several dozen people who were stopped at the U.S.-Canada border on their way back in to Washington state,” said Zahra Billoo, Executive Director of the San Francisco Bay Area’s chapter of CAIR, the Council on American-Islamic Relations. She says CAIR is working with the families who spoke out at a news conference Monday with a member of Congress.