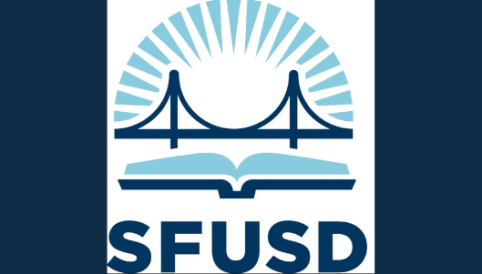 The San Francisco Bay Area office of Council on American-Islamic Relations (CAIR-SFBA), today welcomed the San Francisco Board of Education’s vote to recognize two Muslim holidays, Eid al Fitr and Eid al Adha, and close its schools and offices on those days in the 2023-2024 school year. If the days fall on a weekend, schools will not be in session either the day before or the day after.

NOTE: Eid al-Adha, commonly referred to as just “Eid,” is associated with the pilgrimage to Mecca, or Hajj, and commemorates the Prophet Abraham’s willingness to sacrifice his son Ishmael at God’s command. The holiday is celebrated with prayers, small gifts for children, distribution of meat to the needy, and social gatherings. During Eid al-Fitr or “feast of fast breaking” holiday at the end of the month-long fast of Ramadan, Muslims offer public prayers, exchange social visits and seek to strengthen family and community bonds.

The student-led initiative began as a school project that garnered over 800 petition signatures and was supported by the San Francisco Human Rights Commission’s Equity Studies Taskforce.

Elected officials, activists, and community groups all celebrated the decision.

“This resolution demonstrates that racial justice is not just a value,” AROC Executive Director Lara Kiswani wrote in a statement, adding emphasis: “But something that must be an everyday priority and practice in San Francisco Unified School District.”

Supporters of the resolution say it will make Muslim students feel more included in public schools and prevent them from missing important school deadlines because of their religious observance.

“We are very happy with this decision as it will cultivate inclusion and allow Muslim students to enjoy a holiday without stressing about their schoolwork,” said CAIR-SFBA Executive Director Zahra Billoo. “We are grateful to the district for taking this step and we hope other school districts in the Bay Area follow its example.”

“This is a historic step for SFUSD, recognizing Eid is critical in taking actionable measures toward fostering inclusivity for Muslim students. As a graduate of SFUSD, I had to always choose between celebrating Eid with my family or missing critical school assignments, which impacted my sense of belonging,” said Aliya Chisti, City College of San Francisco Board of Trustees Member. “I am inspired by the Muslim youth and advocates that pushed for this policy. I look forward to bringing this effort to the City College of San Francisco next.”

A recent study published by CAIR-CA shows that a very high level of Muslim students feel unsafe at schools. Some 55% of all respondents surveyed reported feeling unsafe, unwelcome, or uncomfortable at school because of their Muslim identity.