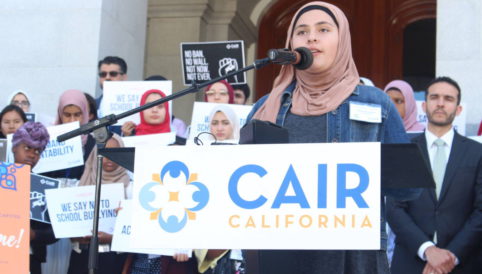 As the Supreme Court debates the constitutionality of President Trump’s travel ban, which opponents believe targets Muslims, hundreds of California Muslims lobbied their lawmakers in Sacramento this week for new civil rights protections at the state level.

The families and students who converged on the state capitol say stronger protections are needed as Muslims face an increasingly hostile climate, in part fueled by Trump’s rhetoric and policies, including the travel restrictions barring citizens of several Muslim-majority nations.

Harassment, bias and violence against Muslims increased by 17 percent last year, to nearly 2,600 cases nationwide, according to a new report by the Council on American-Islamic Relations. A third of all cases the organization documented were in California.

Read and listen to the full story: KQED.