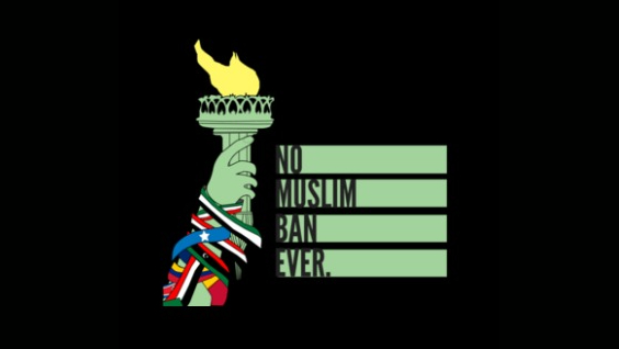 No Muslim Ban Ever Coalition of over 100 Muslim and immigrants’ rights groups hails decision, mobilizes to hold Biden administration accountable to ruling

While families remain separated by the Trump administration’s racist and Islamophobic Muslim and African Bans, a federal court in San Francisco ruled in Pars Equality Center, et. al. v. Pompeo, et. al. that the Biden administration must  undo the harms of the Bans.

The Biden administration must now meet with the plaintiffs to establish a fair and effective process to reopen and reconsider applications from people who were denied family reunification, jobs and educational opportunities, and medical treatment as a result of the Bans and the current administration’s protracted refusals to redress the lasting harms, even after rescinding the Bans on President Biden’s first day in office.

“Our clients have been living in legal limbo for years, unable to live full, abundant lives, pursue their careers, and start a family,” said Paris Etemadi Scott, Legal Director at Pars Equality Center, which brought the lawsuit with others in 2018. “Communities in every part of the U.S. and in countries around the world are celebrating: the Biden administration must finish the work of their rescission and end the shameful discrimination that people from Muslim-majority and African countries have faced, simply because of where they were born. This decision shows the power of relentless community organizing for what’s right.”

With offices spread across California, Pars Equality Center provides extensive social and legal services to Iranian Americans, Persian-speaking, and other underserved immigrant communities. Since the Biden administration rescinded the Bans, dozens of the center’s clients have endured an indefinite state of limbo. As a result of the ruling, the U.S. government has been ordered to quickly remedy the lasting harms of the Bans with a clear and legitimate process.

In the wake of the ruling, the No Muslim Ban Ever Coalition, the largest national grassroots coalition focused on rescinding the Bans, is mobilizing to ensure the Biden administration effectively and swiftly implements the court’s ruling. The coalition continues to advocate for the NO BAN Act, which would limit dangerously broad authority in U.S. immigration law so that no future president can issue bans that bar the entry of people based on their religion or national origin.

Prior to rescission, more than 41,800 individuals and families have been denied visas and waivers under the Muslim and African Bans without notice of the process, an opportunity to submit evidence or file for reconsideration. Despite the Biden administration’s rescission of the Bans, families remain separated and caught in a black hole of administrative delays, with little information or clarity and no recourse to repair the damage. More than 34,800 people signed a petition in the past year urging the Biden administration to allow all individuals who were denied entry by the Bans their fair shot at immigration.