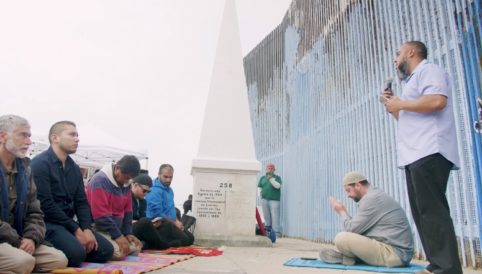 Members of the Christian and Muslim community in San Diego and Tijuana gather at both sides of Friendship Park to pray, listen to sermons and congregate. Gathering at the space is a way to show support to separated families at the border, according to a statement from CAIR San Diego.

“We wanted to support the families at Friendship Park and also build a Muslim presence, as the community begins to grow in both San Diego and Tijuana,” said Dustin Craun, the film’s producer and Executive Director of CAIR San Diego.

The short film could be expanded and include Muslims from banned countries like Yemen who currently live in Tijuana, he added.