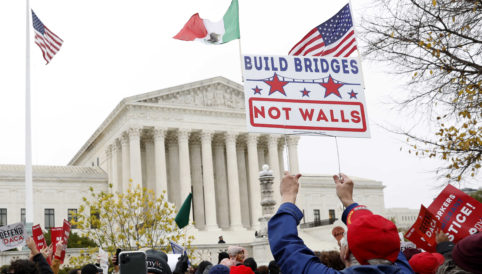 Immigration advocates in the Bay Area are slamming President Trump’s plan to temporarily suspend all immigration to the U.S.

The president said the ban will protect American jobs but critics say he’s taking advantage of the COVID-19 crisis to advance an anti-immigration agenda.

The San Francisco Bay Area office of Council on American-Islamic Relations fears the Executive Order might actually become a policy that ends up separating families of essential workers.

According to CAIR, 29% of doctors in the U.S. and 23% of pharmacists were born in another country.

“We’re going to start hearing from people who are asking, what about this? What about my family members? What about my work visa?” said Zahra Billoo, executive director of CAIR California SF Bay Area.

The White House says the president is putting American workers first by sealing off the country to immigrants.

Even before this move, the Trump administration had already expanded travel restrictions and slowed down visa processing.