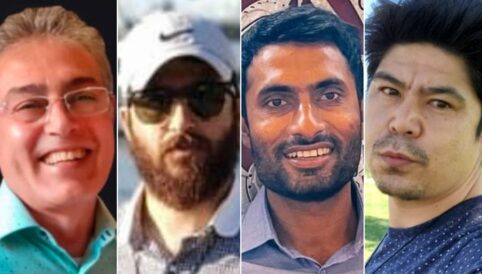 The man who has been charged with killing two Muslim men in New Mexico’s largest city told authorities he was not involved in their deaths, court documents show. The documents, obtained by CBS News on Wednesday, also provide new information that police say points to Muhammad Syed’s involvement. Syed is charged with killing Aftab Hussein and Muhammud Afzaal Hussain.

Hussein was shot while getting out of his car on July 26, and Hussein was killed days later while walking down a sidewalk, authorities said. Multiple rounds were fired in both shootings, which authorities previously described as ambush-style attacks.

Syed, 51, was pulled over in a gray Volkswagen Jetta about 100 miles from his Albuquerque home late Monday night. He allegedly told authorities he was going to Houston “to find a new place for his family to live because the situation in Albuquerque was bad.” Syed said he heard about the shootings on the news.

In a Tuesday statement, the Council on American-Islamic Relations (CAIR) thanked law enforcement for the arrest and wrote that it hopes “the news that this violence has been brought to an end will provide the New Mexico Muslim community some sense of relief and security.”