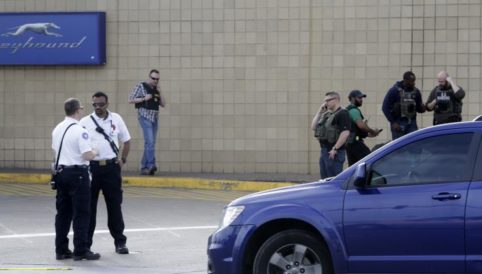 The Council on American-Islamic Relations (CAIR) Michigan chapter filed a complaint on Wednesday with the state Department of Civil Rights claiming that Abrahaim Mohamed, 26, was discriminated by the company. Mohamed had purchased a ticket on June 26 to travel from Detroit to Akron, Ohio, to visit relatives. The 26-year-old was stopped by the bus driver from returning to his seat after a brief stop in Toledo “because she had heard him speaking Arabic on his cellphone,” the complaint states.

“Companies like Greyhound that provide a service open to the public have a duty to ensure that all of their customers are safe from racism and anti-Muslim bigotry at the hands of their employees,” said CAIR Michigan Staff Attorney Amy Doukoure in a statement. “American Muslims should feel free to go about their day-to-day lives without having to worry that they will be discriminated against simply for speaking to their loved ones in a language other than English.”