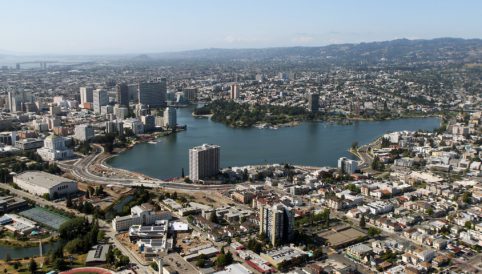 Tonight, the Oakland City Council unanimously approved its second reading of the strongest surveillance ordinance in the country, creating transparency and accountability in surveillance practices and giving power to the council to reject secret surveillance technologies. The ordinance drafted by Oakland’s Privacy Commission creates a thorough legally enforceable use policy with built in safeguards to ensure protection of civil liberties and the security of data.

Under the new law, surveillance technology proposals first undergo a public discussion to determine the potential benefits, costs, and concerns of such an acquisition and its use in the community. Accountability and ongoing oversight would be maintained with annual reporting requirements that will provide the community with information about how the equipment is being used.

The vote follows unanimous approval from city councils in Berkeley and Davis that passed surveillance ordinances in April 2018 to protect privacy rights, with other Bay Area cities considering similar ordinances. The County of Santa Clara unanimously passed a surveillance ordinance in 2016, becoming the first entity in the nation to take such an approach. Earlier this year, the California state legislature introduced SB 1186 sponsored by Senator Jerry Hill to give Californians across the state the power to reject surveillance technologies at the local level and mandates the creation of written rules to protect civil liberties and civil rights.

“The California state legislature builds on Oakland’s momentum with the current consideration of SB 1186, which prohibits the secret acquisition of surveillance tech and gives residents a seat at the table,” said Tessa D’arcangelew of the ACLU of Northern California. “The time has come to extend these critical protections statewide to enhance public safety & give local neighborhoods across the state a voice.”

“The conversation about the balance between freedom and safety, security and human rights, is too important to be relegated to a secretive back room that is out of view to those most affected,” commented Tracy Rosenberg of Media Alliance. “After the Domain Awareness Center, Oakland said never again, and now the City Council has delivered on that promise.”

“Beginning in June of 2013 with the Edward Snowden revelations, communities across America have slowly but surely begun implementing significant reforms around intrusive surveillance equipment,” said Brian Hofer, Chair of Oakland’s Privacy Commission, and a member of Oakland Privacy. “Along with local communities like Santa Clara County and the city of Davis, Oakland’s ordinance raises the bar by prohibiting non-disclosure agreements, and adds significant whistleblower protections.”

“We applaud the City of Oakland for passing the strongest surveillance ordinance in the country to ensure our civil liberties and privacy will be protected,” said Sameena Usman, with the Council on American-Islamic Relations’ San Francisco Bay Area Office (CAIR-SFBA). “Vulnerable groups such as the Muslim community have been especially concerned given the President’s rhetoric of increased surveillance of mosques.”