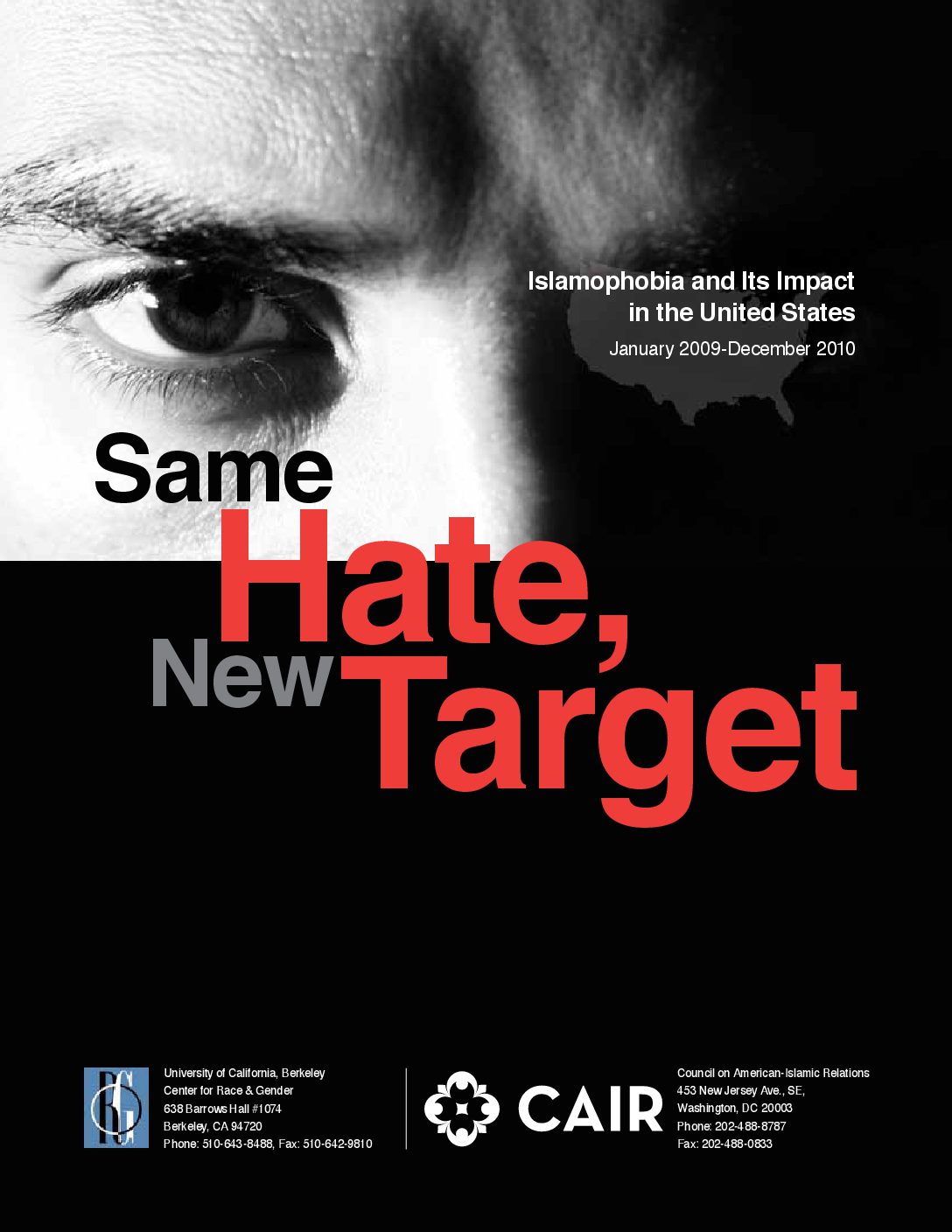 American Muslim reflections on Islamophobia in the United States occur in full recognition that virtually every minority in our nation has faced and in most cases continues to face discrimination.

Some individuals, institutions and groups were at the center of pushing Islamophobia in America during the period covered by this report: Pamela Geller and Stop the Islamization of America (SIOA); Robert Spencer and Jihad Watch; Brigitte Gabriel and Act! for America; Frank Gaffney and the Center for Security Policy (CSP); Steven Emerson and the Investigative Project on Terrorism (IPT); Newt Gingrich; the four members of Congress who called for an investigation of Muslim Capitol Hill interns; Osama bin Laden, Al-Qaeda and other violent extremists; and Daniel Pipes.