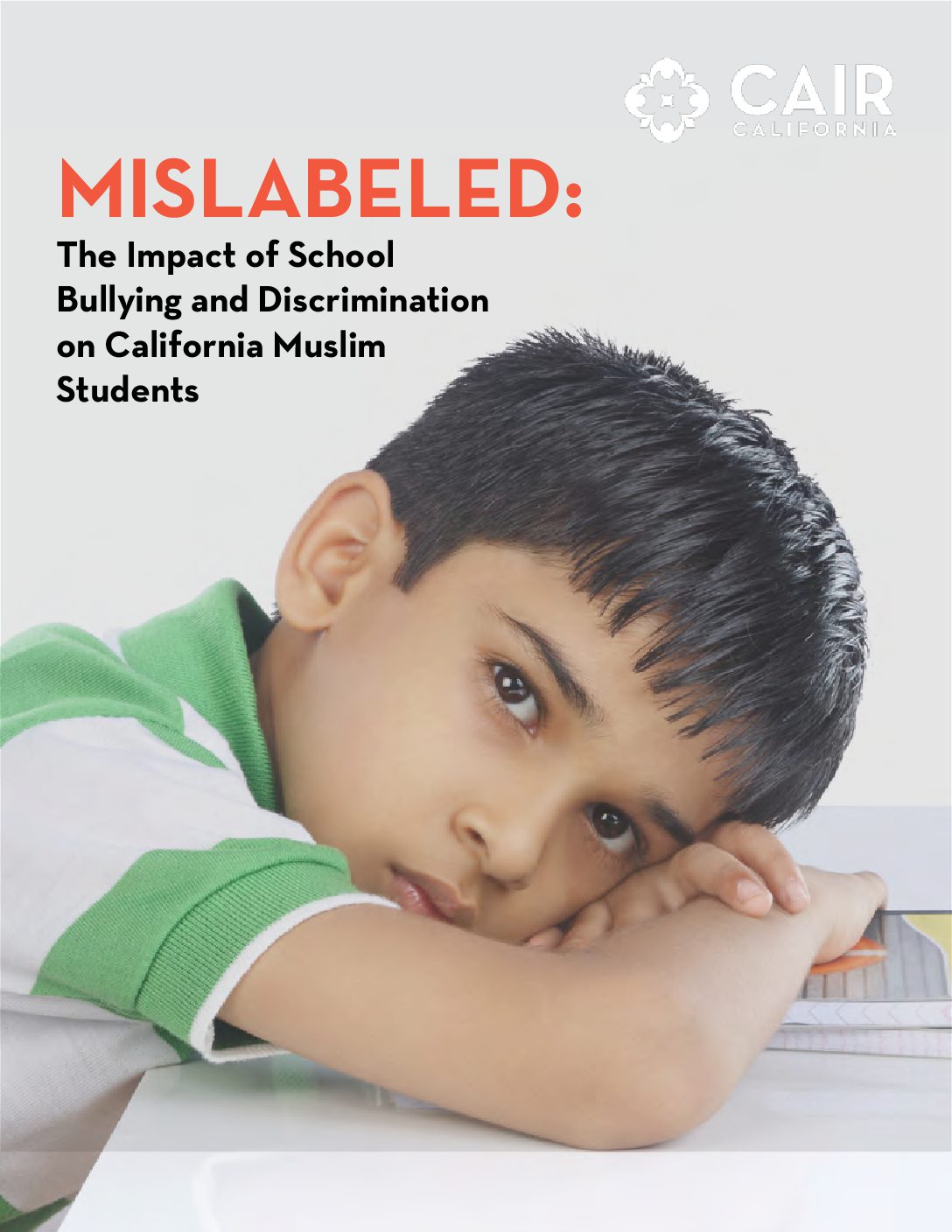 Through this report, the California chapter of the Council on American-Islamic Relations (CAIRCA) seeks to provide context to the socio-political climate in which American Muslims attend school. Specifically, it discusses how Islamophobia, the fear or hatred of Islam and Muslims, in larger society filters into the school environment and manifests as teacher discrimination and student bullying. The consequences of encountering Islamophobia at school are numerous. Muslim students may feel marginalized, disempowered, and begin to internalize negative stereotypes. Minority students who feel disconnected or alienated from the school environment will lack confidence, suffer academically, and fail to fully invest in their future.

It is important to keep in mind that this survey looks at the American Muslim community primarily through a religious lens. While the American Muslim community in the United States is extremely diverse in terms of race, national and ethnic origin, being native-born or an immigrant, and socioeconomic status, this report does not take into account the intersectionality of these different backgrounds or assess which ones are primarily responsible in shaping the specific experiences of American Muslim students. It provides only a cursory analysis of how those with certain demographic characteristics may experience religion-based student bullying and teacher discrimination. The CAIRCA survey results demonstrate that the American Muslim students’ experience is clearly affected by their religious identity. However, much more work is needed to examine how the convergence of their various identities affects their experience with bullying and discrimination.

CAIR-CA also considered gender-based differences in survey responses. Remarkably, more male students reported experiencing bullying. However, the percentage of females who reported experiencing discrimination by a teacher or administrator was slightly higher. Of the female respondents who wear a hijab, the Islamic headscarf, 29% reported being offensively touched by another student, and 27% reported being discriminated by their teacher.

There were also two key findings in the students’ responses to questions about their feelings regarding their school environment. The percentage of students who reported feeling that they were comfortable participating in class discussions about Islam or countries where Muslims live decreased 4 by 4 percentage points, from 80% in 2012 to 76% in 2014. Moreover, only 67% of students felt teachers and administrators were responsive to their religious accommodation requests. American Muslim youth continue to identify student-teacher relations as needing improvement. Many students’ comments referenced increased problems in the classroom during discussions about 9/11, mainly due to teachers either failing to address harassment by other students against Muslim students or discriminating against Muslim students themselves.