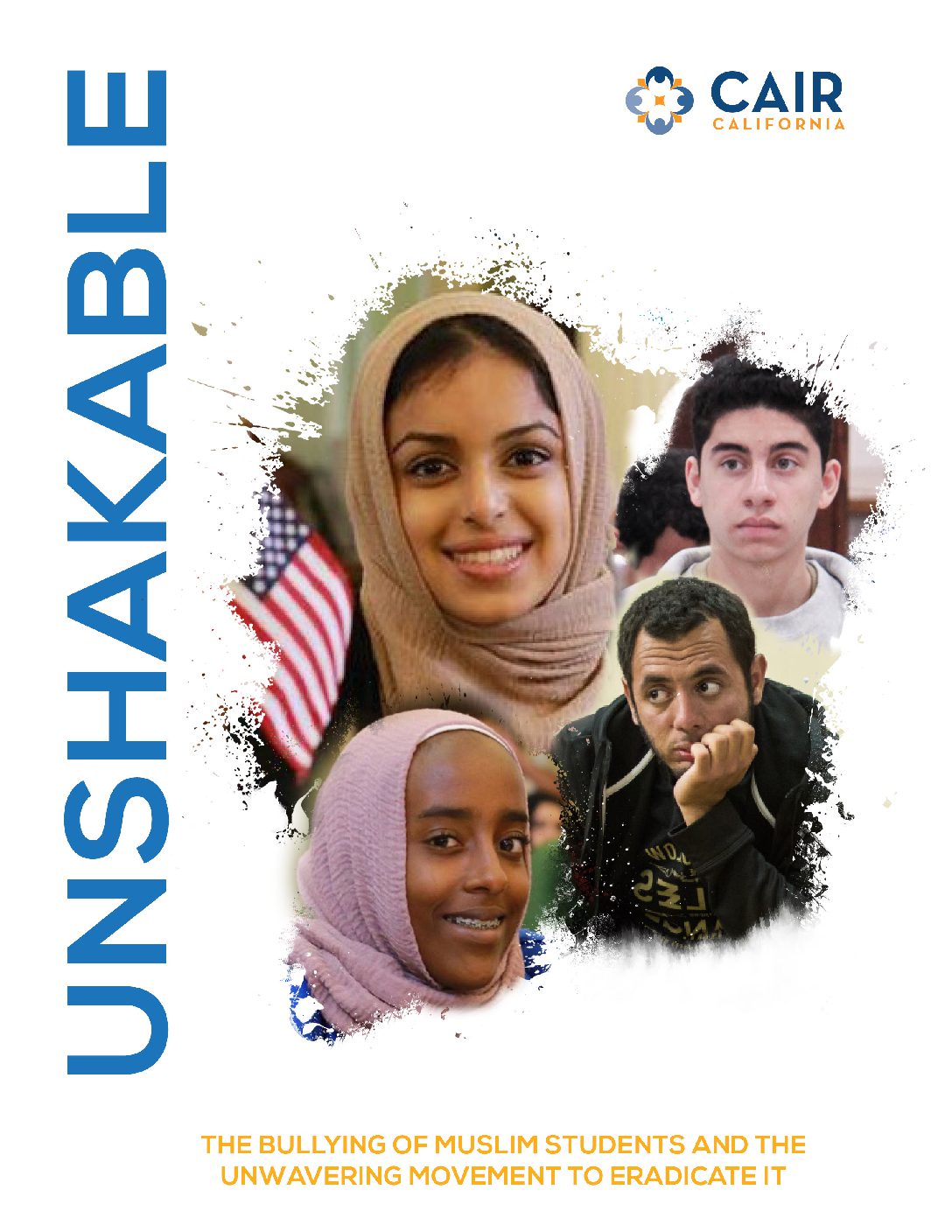 Through this report, the California Chapter of the Council on American-Islamic Relations (CAIR-CA) provides an analysis and evaluation of the current school climate for American Muslims. The purpose of this report is to understand the extent to which Islamophobia, the closed-minded prejudice against or hatred of Islam and Muslims, manifests itself into the school environment in the form of bullying and discrimination. As such, this report focuses on anti-Muslim bullying, the unwanted, aggressive behavior among school-aged children that involves a real or perceived power imbalance that is or can be repeated and is based on the student’s Islamic faith.

As the 2016 presidential campaign became rife with Islamophobic rhetoric, many students, parents and educators feared the negative impact this mainstream Islamophobia would have on Muslim students. This report is the result of a 2016-17 survey that examined how Muslim students felt about their school environment, about identifying as Muslim and the extent of anti-Muslim bullying and harassment students experience. It compares response patterns to a previously conducted 2014 school bullying survey. The survey was conducted by the four CAIR-CA offices covering the Greater Los Angeles, Sacramento Valley, San Diego and San Francisco Bay areas. It reached 1,041 Muslim students between the ages of 11 and 18 who were enrolled in public and private schools statewide.

Muslim students also report higher rates of discrimination and bullying than other students. Findings from the 2016 survey show that 53% of respondents report that students at school are made fun of, verbally insulted or abused for being Muslim. This is more than double the national statistic for students being bullied at school.

There has also been an increase in discrimination against those that are more visibly Muslim. Another key finding from the 2016 survey is the increase in targeting of Muslim students wearing the hijab, the Islamic head covering. More specifically, 36% of 2016 survey respondents who wear the hijab reported being targets of having their hijab tugged, pulled or other forms of offensive touching. This reveals an increase of 7 percentage points in offensive physical contact with Muslim students wearing the hijab since 2014, where only 29% of respondents reported the same.

In addition to showing an increase in peer-to-peer bullying, the survey results show a significant increase in bullying and discrimination from teachers, administrators and other officials from 20% in 2014 to 38% in 2016. Furthermore, 2016 survey respondents report an increase in Muslim students being targets of cyberbullying. Cyberbullying involves posting or sending electronic messages, including text, pictures or videos, aimed at harassing, threatening or targeting another person through a variety of media and social media platforms. In 2016, 26% of survey respondents reported being victims of cyberbullying, up from 19% in 2014.

The findings of this report show that there is a need to continue monitoring anti-Muslim bullying, its underlying factors and its long-term mental health effects in the coming years.