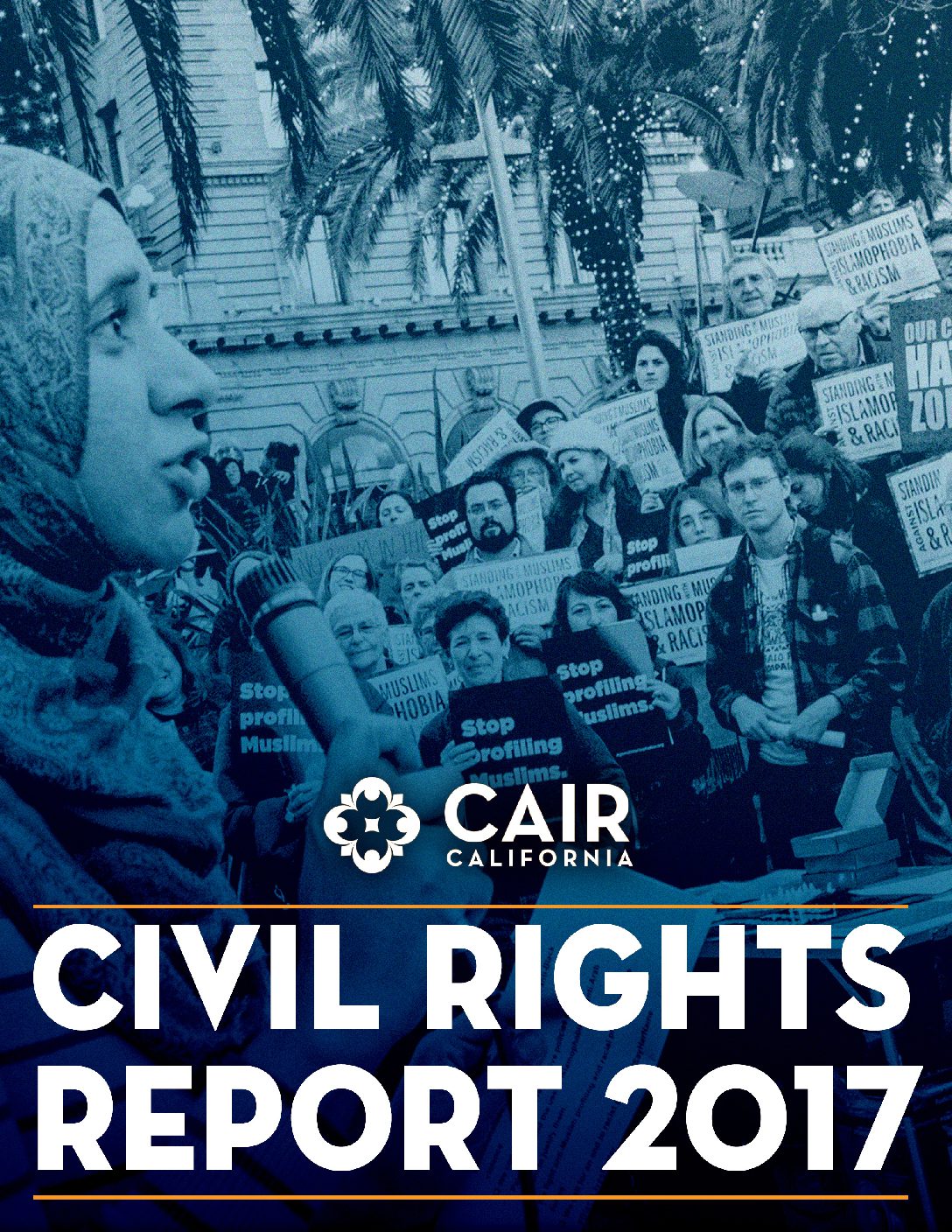 The words of Daisy Bates, one of America’s greatest civil rights leaders, usher in a new meaning for civil rights in both the Muslim American community and our brothers and sisters outside of the community who also protect the rights of Americans. At the core of CAIR California’s purpose is the mission to protect civil liberties and civil rights.

However, what was uniquely different was the intervention and solidarity of underserved and marginalized groups in America and their leadership, who have stood with us to defend against what can only be described as systemic and open bigotry towards the Muslim American community. The partnerships, allies, and friendships from our past years will be our greatest strength as we move deeper into 2017.

This report is a dedication to the people who make our civil rights work possible—the clients and community advocates for change. As Clarence Darrow stated:

“As long as the world shall last there will be wrongs, and if no man objected and no man rebelled, those wrongs would last forever.”

Without CAIR California’s supporters, our core mission of equality and protecting the civil rights of Americans would not be possible.