Awaiting a Supreme Court Decision on the Muslim Ban 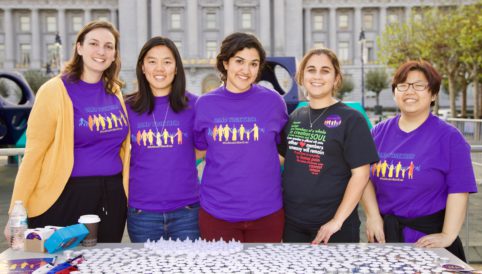 As we hold on to these last few blessed days of Ramadan, our time is bittersweet, longing for additional opportunities to engage in good deeds. It is also bittersweet for our team because we expect a decision from the U.S. Supreme Court on the Muslim Ban either during or shortly after Ramadan ends.

As we await a decision from the highest court in the land, I wanted to share more about how we have fought this administration every step of the way and ask for your support for our legal services.

In 2015, then-candidate Trump announced his intentions to implement a shutdown of Muslims coming into the country. CAIR’s press conference, during which we promised to challenge him every step of the way, was broadcast to over 18,000,000 homes.

In January 2017, when President Trump signed his first Muslim Ban, we made good on our promise. Among other things, our staff:

Since then, there have been additional Bans issued, one of which is still in effect right now. Accordingly, our work has not relented. Our team has:

We also launched our Immigrants’ Rights Program. Through the program, we make naturalization and other affirmative immigration remedies available to people through culturally competent staff. This new venture is one of our proudest accomplishments in recent years because it gets ahead of an individual’s legal challenges, and moves them toward family reunification and citizenship, while building power in often marginalized communities.

We know that with God’s mercy and your support, we will continue the fight. Come what may, the CAIR team is here to protect all of us, insha’Allah. As we near the close of this blessed month, where rewards are multiplied enormously, we ask you to please consider giving your Zakat or Sadaqa to CAIR-SFBA.

Every donation will be doubled through a generous Ramadan Matching Grant of $82,000. (Yes, you read that correctly! We’ve had an additional pledge bring us above our original $75,000!) Together, we can raise $164,000 to support CAIR’s work in Ramadan.

Thank you for your contribution to CAIR. May Allah accept all of your prayers, and bless you and your family.