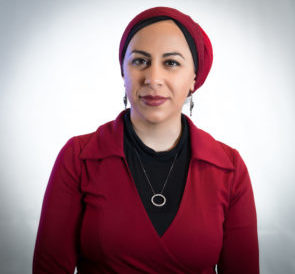 My name is Sameena Usman, and while I know many of you, I have yet to meet others of you. I serve as the Government Relations Coordinator at CAIR-SFBA. In this role, I am tasked with connecting community members with their local elected officials and advocating for legislation that will protect all Californians.

I am writing today to share some of this year’s successes in our efforts to build power in and mobilize the Muslim community.

In April, nearly 300 Bay Area Muslim community members spent the day at the State Capitol as part of the eighth annual Muslim Day at the Capitol. Our participants took part in more than two dozen meetings with elected officials, advocating for legislation, including the California Act to Save Lives, which will make clear that police officers should only use deadly force when necessary. Alhumdulillah, this and several other bills on CAIR-CA’s 2019 Legislative Agenda were signed into law by the Governor this Fall.

In June, one year after the U.S. Supreme Court permitted the Muslim Ban to go forward, we worked with our partners and members of Congress to introduce the No Ban Act in Congress. This legislation would terminate the Muslim Ban to better protect individuals from being denied entry based on their faith and limit the ability of future Presidents to impose similar bans. Today, it has over 200 co-sponsors.

Your contributions and active participation make this work possible. We are now planning for 2020, which will be an important year for the Muslim community. With the Census and Election, we need your support to sustain and grow our efforts.

You can donate by:

Can you please make a contribution before the year ends?

P.S. If you would like to join me in meetings with elected officials or to learn more about our campaigns, please email me at susman@cair.com.