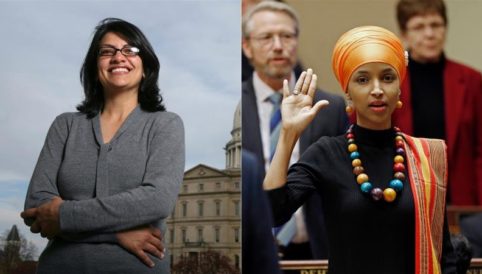 “The elections of Sabina Zafar, Aisha Wahab, Maimona Afzal Berta, Cheryl Sudduth, and Javed Ellahie* to office proves that Californians are truly ready for bold, diverse leadership. Today marks a time for Muslims in California and everywhere to celebrate our identities and accomplishments as a community. It’s time to finally harness our political voice through leaders who are aware of and invested in addressing the unique issues faced by American Muslims.

“These victories come in the face of CAIR’s recent report revealing a 17 percent increase in bias-motivated incidents and a 15 percent increase in hate crimes against American Muslims since Trump took office. Facts like these remind us that we must continue to come together as a community to build political power and work to pass legislation that protects American Muslims across the country.

“CAIR-SFBA is excited for this new chapter in our political history in which Bay Area Muslims serve in an increasing number of elected offices. We look forward to working with all of our newly elected officials.”

*Results for additional Bay Area Muslim candidates are pending, and Javed Ellahie’s election is subject to an automatic recount. A total of 12 Bay Area Muslims ran for elected office in the November 6 election.