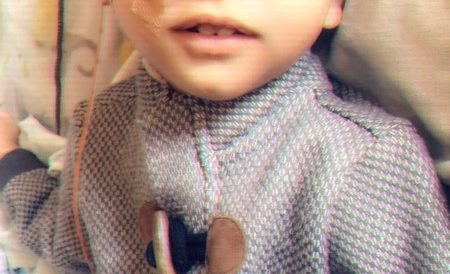 This story broke my heart when I first heard it a few days ago and it continues to deeply impact me. I cannot even begin to imagine how my sister, Shaima Swileh, is doing.

The Muslim Ban is preventing her, the mother of a dying two-year old boy, from coming to the U.S. to bid him farewell.

Abdullah Hassan is currently on life support at UCSF Benioff Children’s Hospital in Oakland. Doctors have indicated that Abdullah’s body may not be able to withstand life support for much longer, meaning time is running out for his mother who hasn’t seen or held her child since he left for treatment.

But because his mother is a Yemeni citizen, she can’t get a visa to come to the U.S. to spend time with him during his last few days.

There’s only one reason that Shaima is being prevented from seeing Abdullah:
Trump’s white supremacist plan to keep Muslims out of the U.S., which was upheld this past summer by the Supreme Court.

This follows the pattern of a number of racist immigration policies we have seen from this administration, the targeting of diversity visas, the attempts to end DACA and TPS, and most recently the targeting of asylum seekers at the U.S.-Mexico border.

However, one of the arguments that the administration used in court was that the Ban’s waiver process provides relief for banned individuals to get visas. In practice, the waiver process has been a sham-with less than 2% of applicants being granted waivers.

Abdullah’s life now hangs in the balance and we need your help. There’s precedent that shows that, if we raise enough awareness, the State Department may grant a waiver in exception to the Ban.

This is how you can help:

Please do all three of these things tonight.

Most importantly, please keep Abdullah, his mother Shaima, and all of the people who are impacted by the Muslim Ban in your prayers.

Let’s raise enough awareness that the State Department is forced to address this cruel separation and reunite Abdullah with his mother.