Say No to Hate in San Francisco 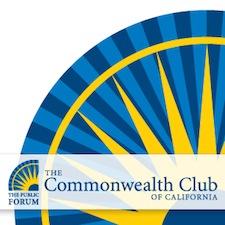 I pray this reaches you in good health and spirits.

Unfortunately, I write with challenging news. This past week has provided a difficult reminder that the San Francisco Bay Area is not exempt from Islamophobia and anti-Palestinian sentiment.

The California Commonwealth Club plans on hosting two notorious anti-Muslim and anti-Palestinian speakers tomorrow. The Club will feature Ayan Hirsi Ali and Bari Weiss in a conversation about Islam and immigration, topics in which neither speaker is qualified to speak.

Hirsi Ali has called for the U.S. Constitution to be modified to permit discrimination against Muslims. She has also supported violence against Muslims, demonstrated by statements including ‘we are at war with Islam,’ and urging that Islam be ‘defeated.’ Weiss has a long history of brazenly attempting to silence the free speech of those who seek to build awareness around and support for Palestinian human rights.

We have reached out to the Club privately and publicly, to urge them to cancel their event and not lend their platform to hateful voices. As many of us are cautiously optimistic about the changing environment and the end of a blatantly Islamophobic presidency, we need to continue this work.

This event is counterproductive and will stoke fear and hatred in our region. The Club has thus far refused to cancel the event, so we are now turning to you, our community members and friends, to ask that you email the Club and insist they not elevate bigotry on their stage.

It will take you less than 30 seconds to send an email to the Commonwealth Club CEO and leadership staff using this link. Once you do that, please follow the prompts to email the action alert to your family and friends and post it on social media.

Let’s raise our voices loud and clear to protect each other.