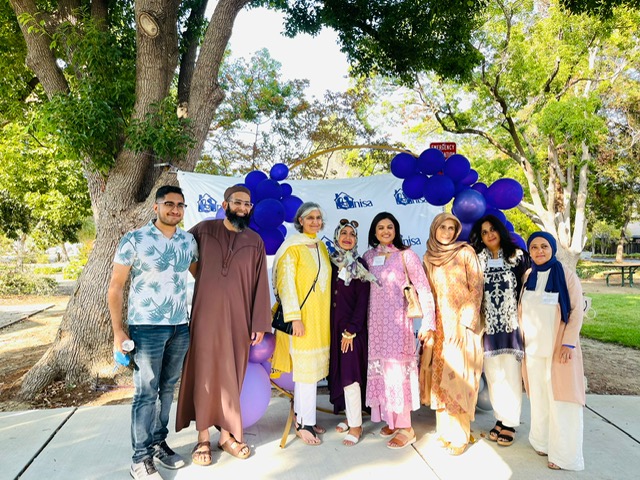 How did you come to work with NISA and what drew you to the cause?

I had the honor of joining NISA just over a year ago. I have always prayed for a purpose and I found my calling towards NISA’s Cause and Mission. Established in 2002 as a non-profit organization, the North American Islamic Shelter for the Abused (NISA) was created to alleviate challenges related to abuse and domestic violence, issues that are statistically on the rise within the Muslim community. Our focus has been to examine disputes within families, as well as addressing elder abuse, premarital counseling, spiritual and mental health counseling, leveraging appropriate resources, and community outreach awareness. Our approach is to handle domestic violence while incorporating a spiritual dimension, which is necessary to deliver effective services and sustain efforts.

What is Domestic Violence, what can it look like, and how can it affect people’s lives? How has it affected people during the pandemic?

According to the United Nations:

Domestic abuse, also called “domestic violence” or “intimate partner violence,” can be defined as a pattern of behavior in any relationship that is used to gain or maintain power and control over an intimate partner. Abuse is physical, sexual, emotional, economic or psychological actions or threats of actions that influence another person…Domestic abuse can happen to anyone of any race, age, sexual orientation, religion, or gender. It can occur within a range of relationships and affects people of all socioeconomic backgrounds and education levels.

We are in a dire situation as the negative effects of domestic violence affect society at large. Victims of intimate partner violence lose a total of eight million days of paid work each year, according to the National Coalition Against Domestic Violence. Children living in an abusive household have a higher chance of being in abusive relationships, as either the oppressor or the victim may have adverse health issues because of trauma later in life. Survivors may also experience PTSD, depression, anxiety attacks, suicidal ideation, physical ailments, lack of energy, self-hate, low confidence, amongst many other physical and emotional problems.

Domestic violence is an urgent public health crisis, even more so during COVID-19, including in the Muslim community. While some research during the pandemic had initially suggested that domestic violence numbers were down, the rate had actually increased, but victims were living with their abusers and were too afraid to report the abuse. According to Centers for Disease Control and Prevention (CDC), 1 in 4 women experience some form of intimate partner violence in their lifetime in the United States, but it may be much higher in the Muslim community. Statistics in our community are much needed to understand the gravity of this issue and address the problem at hand. 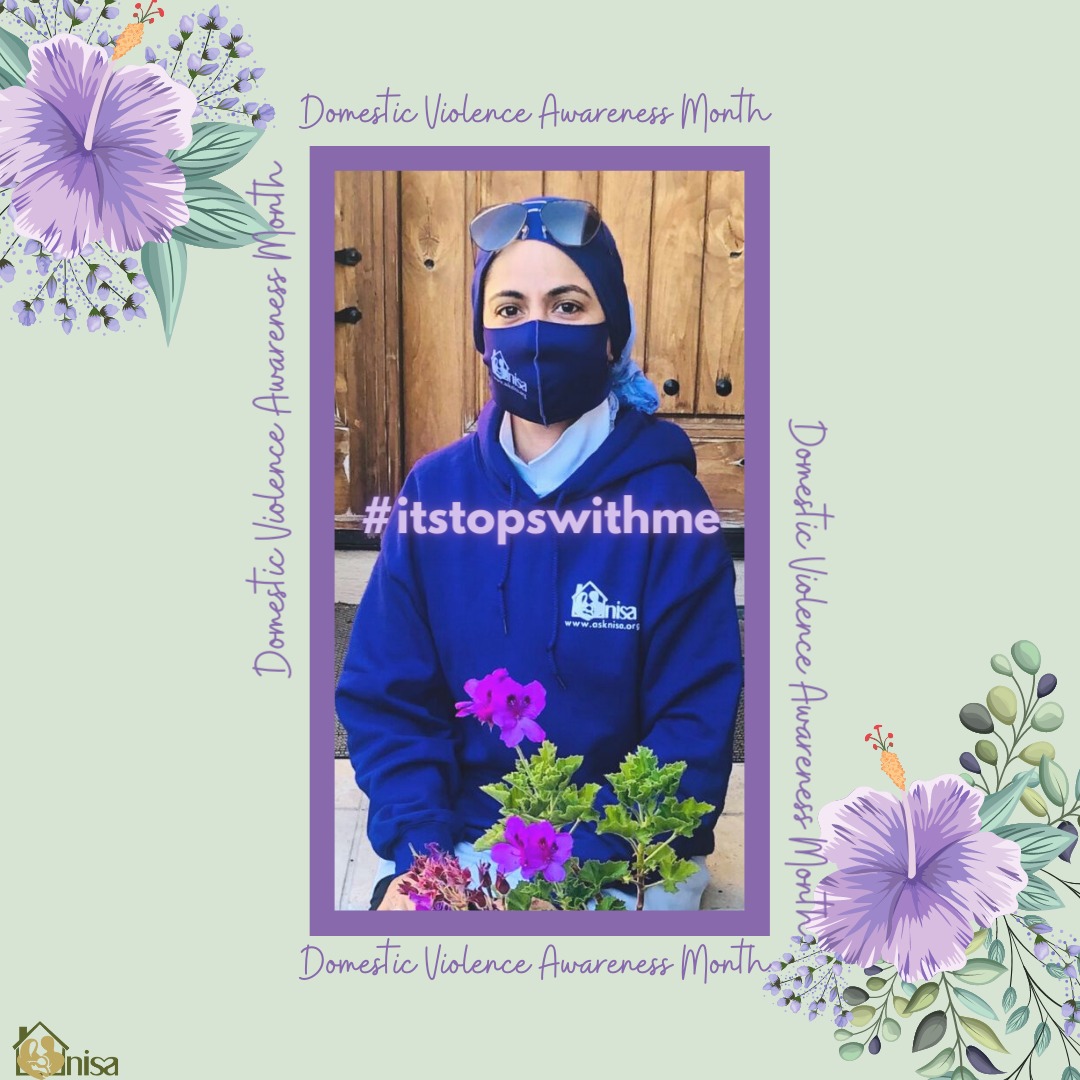 What do you believe are some common misconceptions about domestic violence?

Some of the most common misconceptions are that domestic violence only happens in families that are low income and have low levels of education. Another is that only women who are married and brought from abroad are at risk of being abused. Most victims believe that they are the rare minority because domestic violence is not talked about openly. There is a stigma attached and hence the general attitude is to grin and bear it, especially for those who feel the pressure to stay in an abusive relationship due to children or financial dependence. The victim is usually convinced by the perpetrator that it is their fault. This leads to shame — which is a significant barrier to seeking help. We need to raise consciousness by educating on an individual level, as well as getting involved in policymaking. According to the CDC, on average, 24 people per minute are victims of abuse by an intimate partner in the United States. Over the course of a year, that equals more than 12 million women and men.

How have Islamic values/principles inspired you to work with NISA? Are there any hadith/Quran verses that address domestic violence?

Islam is a deen of tawakkul and action. While we must supplicate, have hope, and practice patience, we also need to work to change the infrastructure to support both survivors of domestic violence and abusive individuals. We need to be more proactive in our approach. Since there is little to no discourse about domestic violence within families and the Muslim community, many do not know how to offer support when they come across someone who is experiencing it. We need a non-judgmental approach to engaging and supporting individuals who have been subjected to abuse by their spouses or other family members. It is also necessary to understand this crisis from a holistic approach to effectively implement programs aimed at curing this disease at its root.

Our beloved Prophet (saw) said, “Whoever relieves a believer’s distress of the distressful aspects of this world, Allah will rescue him from a difficulty of the difficulties of the Hereafter” (Muslim). There is so much to be done. Allah (swt) tells us that He will test those who believe (Quran 29:2), and it is imperative to always keep in mind that Allah (swt) does not burden a soul beyond what it can bear (Quran 2:286). More specifically, Surah 4:34 of Surah An-Nisa (“The Women”) focuses on family relations, in particular the relationship between husband and wife, and how disputes should be resolved if they arise. The Quran’s basic stance is that Muslim women are first and foremost Muslims, the religious equals of men. References are made to women and men (husband and wife) as each other’s “protectors.” A Muslim marriage is described in terms of love and mercy. There is absolutely no justification for any form of abuse being tolerated in the context of this verse. 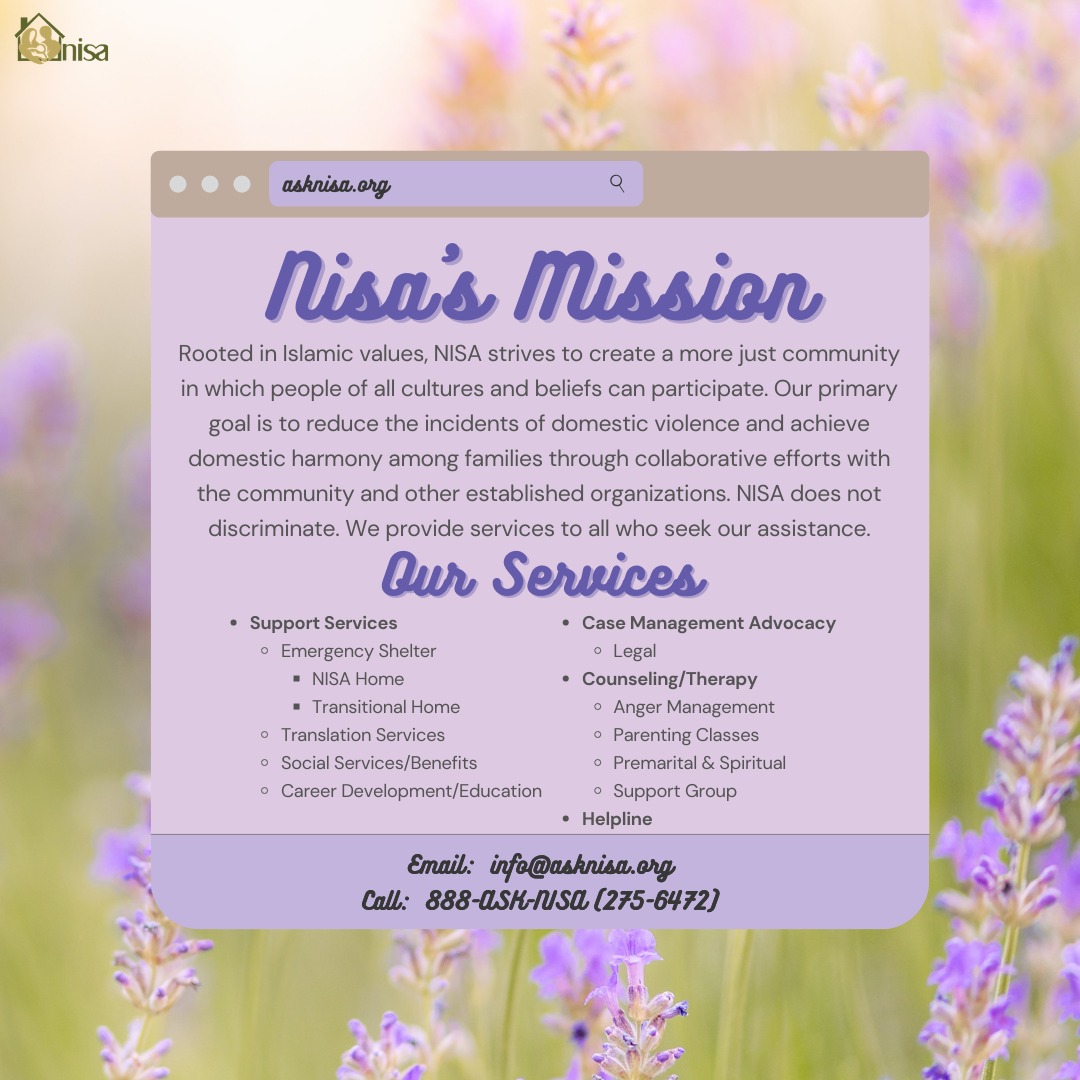 In addition to urging people to seek help if they are in an abusive situation, I’d like to share some self-care strategies:

Do you want to share your experience in a blog post? If so, please complete this submission form.