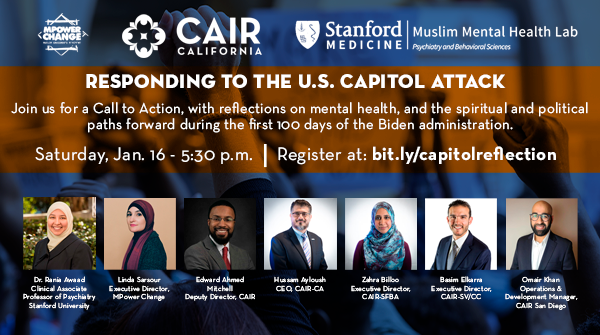 A Call to Action for Muslims in California

That is why we are hosting a Call to Action at 5:30 p.m. on January 16 with Linda Sarsour, Dr. Rania Awaad, Hussam Ayloush, Zahra Billoo, and Basim Elkarra to discuss a path forward after four years of white supremacy that culminated in the treasonous attacks on the Capitol.

The systemic racism and Islamophobia that continues to disenfranchise African Americans, immigrants, and other people of color was present well before Trump.