CAIR-California focused its advocacy efforts on 10 bills this year, including three that were featured at Muslim Day at the Capitol. Six of 10 bills were signed into law.

To help us advocate for legislation, find your representative here.

This bill would restore the right to vote to people on parole for a conviction of a felony.

This bill would redefine the circumstances under which a homicide by a peace officer is deemed justifiable to include when the killing is in self-defense or the defense of another, consistent with the existing legal standard for self-defense, or when the killing is necessary to prevent the escape of a fleeing felon whose immediate apprehension is necessary to prevent death or serious injury. The bill would additionally bar the use of this defense if the peace officer acted in a criminally negligent manner that caused the death, including if the officer’s criminally negligent actions created the necessity for the use of deadly force.

READ: On Monday night police launched attack on our 1st Amendment. Here’s how you can respond.

This bill would prohibit the department from contracting with a private, for-profit prison to incarcerate inmates in California.

This bill would express the intent of the Legislature to enact legislation that would implement all of the recommendations set forth in the California State Auditor’s May 2018 report entitled “Hate Crimes in California: Law Enforcement Has Not Adequately Identified, Reported, or Responded to Hate Crimes.”

This bill would require: 1. Restricting use of data beyond the purpose for which it was collected. 2. Going from opt-out of selling of personal information to opt-in for sharing. Privacy is the default. 3. Prohibiting companies from charging higher prices to consumers who exercise their privacy rights. 4. Strengthening the private right of action so companies have to follow the law.

This bill would extend the above-described period to three years for complaints alleging employment discrimination, as specified. The bill would make conforming changes in provisions that grant a person allegedly aggrieved by an unlawful practice who first obtains knowledge of the facts of the alleged unlawful practice after the expiration of the limitations period, as specified.

This bill would strengthen the criteria for local redistricting by requiring and prioritizing keeping neighborhoods and communities intact; bring new voices into the redistricting process, by requiring robust public engagement that expressly includes engaging non-English-speaking communities that are otherwise all-too-often overlooked improve redistricting transparency, by requiring local governments to upload redistricting information to a dedicated web page and to publish draft maps online before they can be adopted; and adopt logical redistricting deadlines that expand opportunities for participating and set up consistent and fair remedies for when those deadlines are missed.

This bill would ban CA law enforcement agencies from using facial recognition or other biometrics with body cameras. Biometrics like face surveillance would corrupt the core purpose of body cameras, transforming them from officer accountability tools into dangerous surveillance devices aimed at communities.

This bill would expand the list of qualifying criminal convictions under the California Values Act (SB 54, de León, 2017). CAIR-CA opposes this bill because: By adding new qualifying convictions without any public policy justification, AB 222 undermines the careful balance struck by the Legislature and the governor in enacting SB 54. Furthermore, these additional crimes are unbound by any time restriction, in comparison with other criminal history provisions of SB 54. As such, these new provisions could result in notifications and transfers to ICE based on decades-old convictions, without any recognition or regard for a person’s rehabilitation and changed life circumstances. Such a provision does not align with California’s values and common-sense criminal justice reforms. 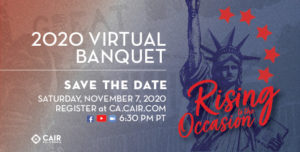