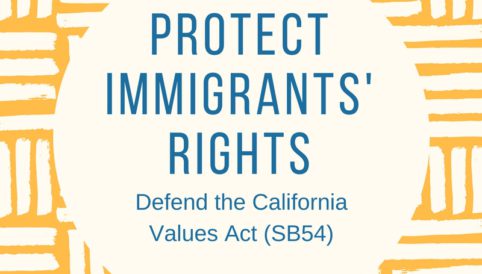 The CA Values Act protects community members from federal abuses of power, limits racial profiling, and upholds our values of equality and justice. It helps make our schools, hospitals, courthouses, and libraries safe spaces for everyone in our community. SB 54 was one of our legislative priorities in 2017, and we spent that entire year advocating strongly for this bill. Unfortunately, SB 54 is now under attack in cities across CA, particularly in Orange County cities like Los Alamitos. We are part of a coalition that is mobilizing grassroots activity to defend SB 54 in Los Alamitos and all other cities where it is being threatened.