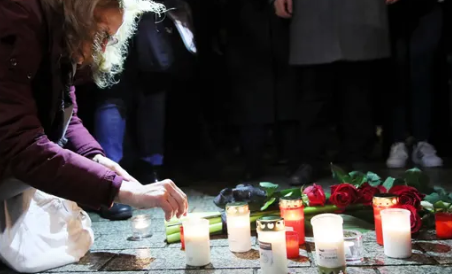 German Chancellor Angela Merkel said the shootings exposed the “poison” of racism in German society and, “There is much to indicate that the perpetrator acted out of far-right extremist, racist motives. Out of hatred for people with other origins, other faiths or a different appearance.”

“We are heartbroken and shocked by the horrific shootings. The meteoric rise in xenophobia, Islamophobia, anti-Semitism and white nationalism has led to violence in the United States and across the globe. We saw evidence of this hatred almost a year ago in New Zealand. Evil and bigotry cannot be allowed to succeed. We will continue to combat fear and hatred.”

“We condemn this apparent far-right terror attack targeting Germany’s Muslim and immigrant communities. Public officials must act with determination against the growing xenophobic, Islamophobic, white supremacist and racist movements in Germany, America and worldwide that are the motivating factor for such violent actions.”

Ayloush urged the community to remain vigilant and to contact law enforcement immediately if they encounter anything suspicious.