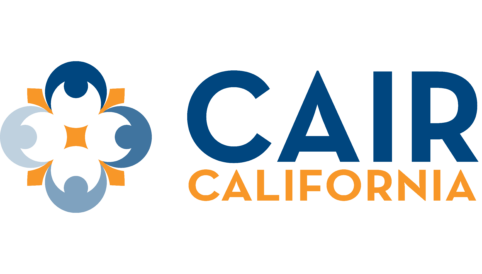 Citizens of Myanmar, Eritrea, Kyrgyzstan and Nigeria will be barred from living or working in the United  States on a permanent basis. Citizens of Sudan and Tanzania are being barred from the Diversity Immigrant Visa Program.

The ban will continue to include Iran, Libya, Somalia, Syria, Yemen, Venezuela and North Korea.

“This expanded ban does nothing to increase the safety of American citizens. The

Trump Administration continues to propagate unwarranted fear and mistrust in order to keep law-abiding Muslims and immigrants from around the world attempting to lawfully enter the country for work, for medical purposes, to visit family or to attend school. We, along with our civil rights allies, will continue to mobilize our communities, and engage elected officials and the media to challenge this ban.”

“This action is just another attempt by the president and his Administration to deter entry of immigrants of color into the U.S. We join with human rights partners across the nation in condemning the expansion of Islamophobic and xenophobic policies and pledge to continue to push against an Administration that continues to separate families through such policies.”

In a statement, Estee Chandler, Jewish Voice for Peace, Board of Directors said:

“At a time when President Trump is on trial for impeachment in the Senate and continues his divisive political campaign rallies, the decision to ratchet up his racist and Islamophobic ban on immigrants – specifically Muslims entering the United States – opens the door to yet more blatant discrimination against people based on their race, religion, ethnicity or country of origin.

We are appalled by this shameful decision to ramp up this unjust and immoral ban on immigrants widely focused on Muslims. We cannot and will not accept living in a country that willingly separates families and calls it justice. Never again, means never again for anyone.”

“The assault on the immigrant community is accelerating in this election year, and today the Administration came up with a second Muslim ban setting yet another low.  As with the first travel ban, a mainly non-Muslim country, Myanmar, is included in a pathetic attempt to hide its naked bigotry.  Including Myanmar in this expansion is rubbing salt in the wounds of the persecuted Muslim Rohingya, who under this Administration have an incredibly low chance of being granted refuge.  This as the International Court of Justice has just determined that the Rohingya are subjected to de facto genocide. To add Sudan and Tanzania from the green card lottery is crushingly cruel and antithetical to our creed. These anti-immigrant, anti-African policies are just more of the same, and CHIRLA and its allies will continue to fight them to rebuild a US worthy of the words on the Statue of Liberty.”

“Make no mistake. This expansion of the Muslim Ban is about one thing: anti-Blackness and

anti-Muslim bigotry that has been present since the inception of this policy in 2017. We as a nation are stronger when we stand tall to protect religious freedom for all and the right to life, liberty and the pursuit of happiness rather than fear and division.”

In a statement, Johanna Mustafa, Arab American Civic Council, Board of Directors said:

“The Arab American Civic Council condemns the Trump Administration’s decision to expand the list of countries on the Muslim Ban list, which is yet another shameful injustice inflicted upon one of our most vulnerable communities. The expansion makes it clear: the Administration’s white nationalist agenda in targeting and intimidating communities of color lies at the center of anti-Blackness, xenophobia, and Islamophobia. It uses family separation as a tool to feed such injustices. We urge Congress to end this injustice and repeal the Muslim Ban immediately.”

CAIR-LA has an Immigrants’ Rights Center to help immigrants in the Greater Los Angeles area and surrounding communities. Individuals and families can seek legal help from CAIR-LA by filling out an intake form: http://bit.ly/CAIRLAIRC