Hijacked by Hate: American Philanthropy and the Islamophobia Network 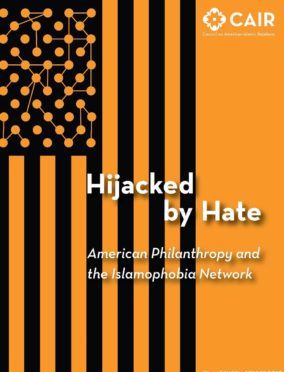 Anti-Muslim bigotry is a common and widespread feature of our country’s mainstream cultural and political landscape. However, it is important to remember that Islamophobic attitudes and policies are propagated by special interest groups with deep sources of funding.

This decentralized group of actors is known as the Islamophobia Network, a close-knit family of organizations and individuals that share an ideology of extreme anti-Muslim animus, and work with one another to negatively influence public opinion and government policy about Muslims and Islam. To provide a better understanding of how the Islamophobia Network operates, this report maps the flow of funding from charitable organizations to anti-Muslim special interest groups, and their negative impact on public life.

The report finds that the Islamophobia Network has been drawing upon mainstream American philanthropic institutions for financial and political support for years.