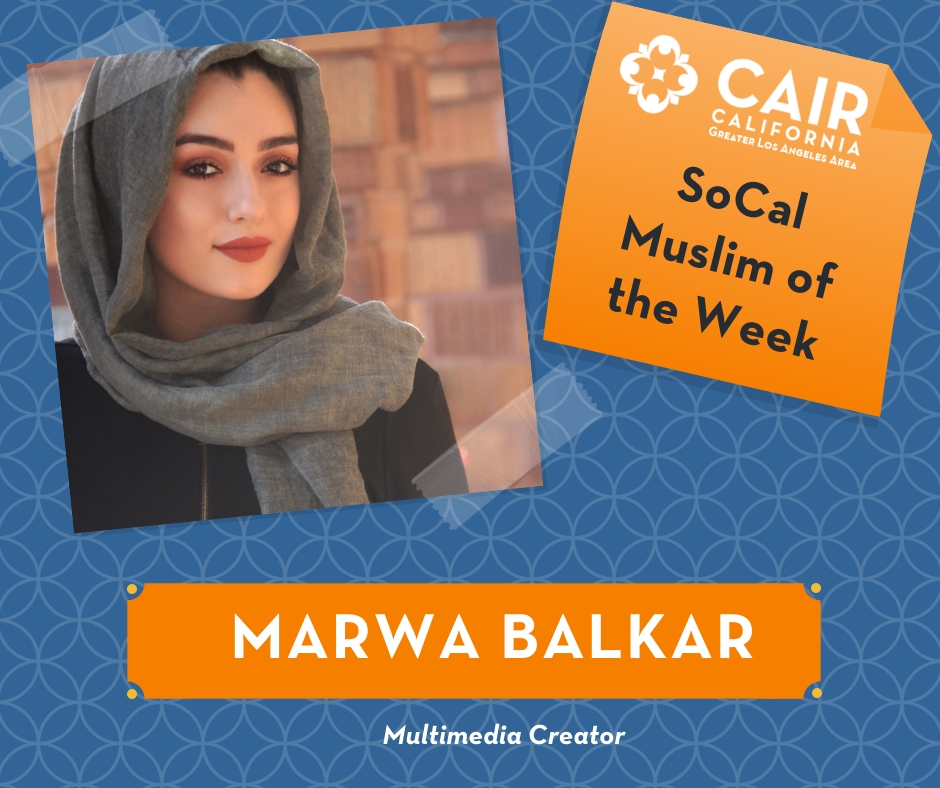 Marwa Balkar believes in the power of social media. It has given her a platform as an activist to educate others about Islam.

Balkar’s words earned her thousands of followers three years ago, when an open letter she wrote to Donald Trump on Facebook, slamming the then-GOP candidate for president for his Islamophobia, went viral.

“I heard you wanted us to start wearing ID badges, so I decided to choose one for myself,” Balkar wrote. “I am not easily identifiable as a #Muslim just by looking at me, so my new badge will let me display proudly who I am. I chose the peace sign because it represents my #Islam.”

The post generated more than 770,000 likes (and still counting), including one from Facebook CEO Mark Zuckerberg. Balkar quickly became a worldwide sensation and continues to garner attention. She has almost 200,00 followers on Facebook and more than 20,000 followers on Instagram.

“My ultimate, ultimate goal is to create a bridge between Islam and the West,” said Balkar. “It’s to simplify the religion as much as possible for someone who is full of misconceptions to easily understand it. I think I’m good at that.”

Personal: A Seattle native, Balkar has lived for 10 years in Corona.

Professional: She plans to start a podcast in 2019, sharing stories of people who have overcome odds to immigrate to this country.

Quotable: “I think the reason I’m so driven is because of my religion and the intersectionality that it preaches,” she said. “Obviously, it makes me a much better person.”