Settling a Discrimination Case Against a School District 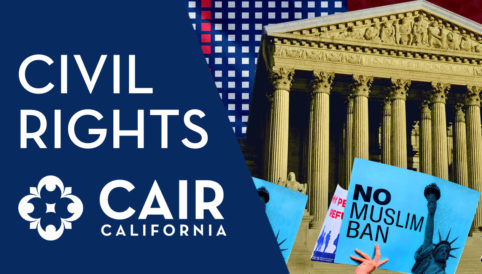 A seventh-grade student in the Mesa Union Elementary School District in Ventura County was the focus of discriminatory behavior by a social studies teacher.

The social studies teacher passed out a worksheet to her students from an Islamophobic website containing false information about Sharia law and Islamic practices. The website claimed that “Muslim men have sexual rights to any woman/girl not wearing a Hijab” and that “a man can marry an infant girl and consummate the marriage when she is 9 years old.” On the back of the worksheet, students were asked to compare this to American culture in a blatant attempt to denigrate Muslim values.

CAIR-LA filed a complaint with the school district on Oct. 26, 2017, after the student’s parents complained to the district about the teacher’s conduct, which also included questionable statements and showing two YouTube videos that exhibited Muslims engaging in violent behavior. District officials practically dismissed their concerns.

Two months later, the district found no fault with the teacher after issuing a report regarding the complaint, claiming there was insufficient evidence that the teacher was biased against Islam.

After hearing CAIR-LA’s appeal on the matter, the California Department of Education (CDE) agreed with the nonprofit organization and found that the teacher’s behavior constituted discrimination on March 5, 2018.

The CDE also required the school district to take certain corrective actions to address the discrimination.

Civil rights advocacy remains at the center of CAIR-LA’s work. Our California offices receive a total of approximately 800 inquiries a year and work to resolve them through mediation, negotiation, public pressure or, if necessary, through legal action. Our services are often provided free of charge to the community. Click HERE to see the types of cases our Civil Rights team can address. If you believe that you or someone you know has been the victim of any of these forms of discrimination, please report it by filling out this form or call the CAIR-LA civil rights line at 714-776-1177.