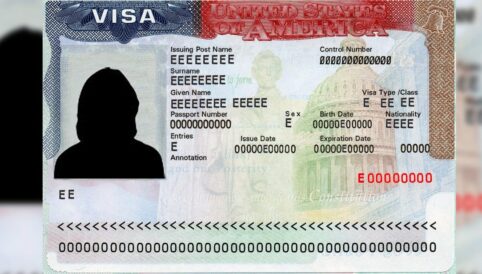 The California chapter of the Council on American Islamic Relations (CAIR-CA) today expressed concern after the Biden administration’s opposition to a motion for a temporary restraining order filed Monday by CAIR Sacramento Valley/Central Valley, CAIR California, and 149 Iranian immigrant visa applicants, who are plaintiffs in a lawsuit known as CAIR-CA, et al. v Blinken, et al.

In the opposition, the Biden administration argues that the Plaintiffs’ motion should be denied because it argues the State Department has “compiled with the order of consideration rule” and “has not treated [Diversity Visa (“DV”)] selectee Plaintiffs differently than other DV selectees and has not unlawfully withheld or unreasonably delayed Plaintiffs’ visa cases.”

In a declaration attached as an exhibit to the government’s filing, US Embassy, Abu Dhabi Immigrant Visa Chief Benjamin B. Chapman explains that the embassy didn’t schedule DV interviews in October, November, and December because “[the Kentucky Consular Center] did not schedule any cases as none were ready at that point. He also explains the embassy didn’t schedule any cases between January and March due to the prioritization of health care workers.

The plaintiffs’ lawsuit, filed in August, challenges the legality of the US Embassy Abu Dhabi’s policy to not interview Iranian diversity visa applicants in FY-2022. See Amended Complaint.

Iranian immigrant plaintiffs entered the FY-2022 lottery in late 2020 and were luckily selected in May 2021 from a pool of millions of entries through a computer-generated random drawing. They should each be eligible for 54,850 visas available in FY-2022 (between October 1, 2021, and September 30, 2022). However, policies specific to Iranian immigrant visa applicants at US Embassy in Abu Dhabi are keeping them from even getting to interview.

With two weeks left in the fiscal year, the Biden administration has issued fewer than 47,000 Diversity Visas. See Diversity Visa Statistics. If diversity visa selectees are not issued visas by midnight of September 30, absent judicial intervention, their immigration journeys end.

“We are concerned that this administration is having a hard time letting go of the prior administration’s animus toward Muslims and Iranian immigrants. The diversity visa program has the potential to be a diplomatic tool to show how great this country is. However, if in its implementation, the State Department treats some immigrants differently than others, that sabotages the program’s impact.”

“Imagine buying a raffle ticket, finding out you won, but when you show up to redeem it, the competition director tells you that they can’t. And then you notice that he tells everyone else in line with winning tickets with your nationality that they can’t redeem their tickets either. But then, he redeems tickets for people with other national origins right in front of you. US Embassy Abu Dhabi is that competition director.”