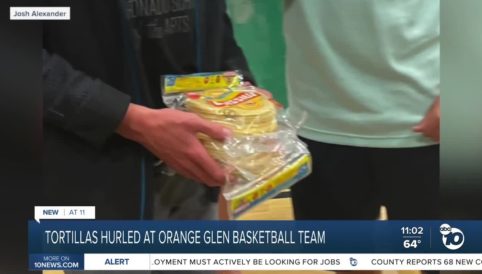 (SAN DIEGO, CA, 6/22/21) – On Tuesday, June 22, the San Diego chapter of the Council on American-Islamic Relations (CAIR-San Diego) will join BIPOC Educators, the San Diego American-Arab Anti-Discrimination Committee-ADC, North County Immigration Task Force (NCITF), and other community partners at a news conference outside the office of Escondido Unified High School District to call for action in response to racist behavior reportedly exhibited by the Coronado boys’ basketball team during an altercation in the aftermath of a championship game Saturday night. Players of the OGHS Basketball team will also be in attendance.

The coach of the Escondido team, which is predominantly Latino, was allegedly told by the Coronado coach “Get your [EXPLETIVE] loser team off my court.” Tortillas were reportedly thrown at the losing team. The Coronado superintendent Karl Mueller has issued an apology to OGHS and vowed accountability. Coronado police say they will investigate the incident.

“We demand that school officials take concrete steps to ensure the safety and wellbeing of all students. Those who took part in the bigoted actions should be punished. There must be a policy change by the school district to mandate immediate disciplinary action for racist behavior and curriculum must include anti-racism and ethnic studies education.”