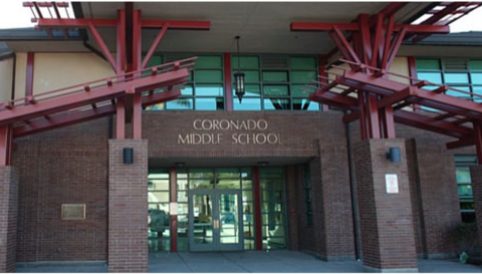 (SAN DIEGO, CA., 8/27/2020) – The San Diego chapter of the Council on American-Islamic Relations (CAIR-SD) today welcomed Coronado School District Superintendent Karl Mueller’s vow to take steps to create a safe and inclusive environment for all students after acknowledging that racism exists in the school district.

According to KPBS, Mueller also stated that racial justice (and the Black Lives Matter issue) is not a political issue, but a human rights issue.

Like many cities across the United States, Coronado became a space of protest and solidarity for Black Lives in the wake of the George Floyd’s killing by Minneapolis Police this year, leading to a demand from community members asking for a plan to combat racism and to improve educational experiences for students of color in the Coronado Unified School District.

The solidarity and action items to address racial inequity expressed by the Superintendent led some community members to rise up and oppose implementation of any new anti-racist policies or curriculum for the 2020-2021 school year, stating that “there is no need for change because their students never witnessed racism in Coronado schools – even though students of color have come forward in recent months to share stories of their racist encounters.”

“Racism targeting anyone must not be tolerated and should be addressed swiftly. During a year in which we have witnessed egregious murders of innocent Black men and women, we must acknowledge and listen to our Black community members when they share their stories of racial abuse.

“We cannot be naïve and think that Coronado is a haven, free from racism. The divide among the primarily white community who does not see racism in the School District and the lived experiences of Black students who have been taunted by racial slurs and ‘had sand put in their hair by a classmate’ as early as first grade shows that there is a major disconnect in the community’s awareness and acknowledgment about racism.

“We stand in solidarity with the Black community in Coronado and we encourage Superintendent Mueller to continue supporting the plans to address systemic racism in the school district.”

CAIR-SD is a Muslim civil liberties and advocacy organization. Its mission is to enhance understanding of Islam, protect civil rights, promote justice and empower American Muslims.