Remembering and Reflecting on September 11, 2001 in the Classroom 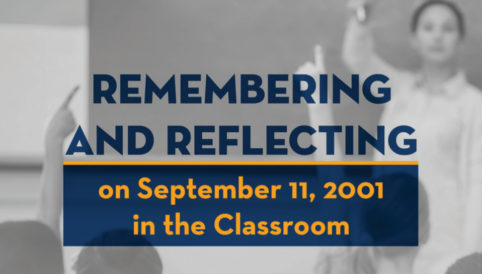 As you may know, CAIR is our nation’s largest Muslim civil rights and advocacy organization.

Our mission is to enhance the public’s understanding of Islam, protect civil rights, promote justice, and empower American Muslims of all ages. Every year, CAIR dedicates much of our time to addressing anti-Muslim bigotry in school settings. Research has demonstrated that Muslims face bullying at twice the rate of the national average. Many Muslim children also report that they do not feel safe approaching their teachers or school leaders about bullying, which is a problem in many school districts across the nation.

For example, in 2019, Muslim students in California reported to our CAIR-California chapter that nearly 40% of them were bullied at school for identifying or being perceived as Muslim. CAIR-Massachusetts conducted a survey of 200 Muslim students and discovered that 60% of respondents reported being verbally harassed or physically abused for being Muslim. 33% of respondents had altered their appearance, behavior, or names to hide their Muslim faith.

As we approach the 20th anniversary of September 11, 2001, CAIR hopes and expects that all schools will remember and reflect on this tragic day in our country’s history. Teaching students about 9/11 and its impact on our nation and people around the world is critically important. It is just as important to educate students in an accurate way using reliable sources.

Although most schools teach students about 9/11 in an appropriate way, our civil rights organization usually receives a spike in complaints from students and families on anniversaries of 9/11. Some complaints involve peer-to-peer bullying, while others involve anti-Muslim content in lesson plans. In some instances, schools have used educational materials about 9/11 created by anti-Muslim hate groups.

With this in mind, we write to share informative resources that your school district can use to ensure that your lesson plans about the 9/11 attacks are accurate and reliably sourced, protect Muslim students from bullying, and educate students about the impact that 9/11 had on all Americans, including American Muslims. These resources are intended for grades 6-12.

Please contact us directly if we can be of further assistance. Thank you for your service.

To mitigate the risk of sparking anti-Muslim bigotry in the classroom, we recommend the following best practices when discussing Sept. 11, 2001: