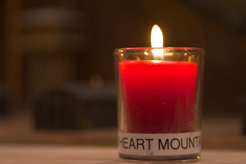 The 42nd Annual San Jose Day of Remembrance program will be held virtually on Saturday, February 19 from 3:00 PM – 4:30 PM (Pacific Time). The event falls on the 80th anniversary of the signing of Executive Order 9066 which led to the World War II incarceration of more than 120,000 people of Japanese descent, two-thirds of whom were American citizens.

The theme for this virtual program is Overcoming Hate and Fear: The 80th Anniversary of E.O 9066. Over the past two plus years, many communities have had to deal with multiple challenges including the deadly pandemic, economic, educational and personal hardship, intense political division, and physical and emotional isolation. During these tumultuous times, we also witnessed violent hate crimes and racist acts, including horrific incidents directed toward AAPI and African American communities. In the midst of great tragedy and horror we also saw different communities come together in the struggle for racial and social justice.