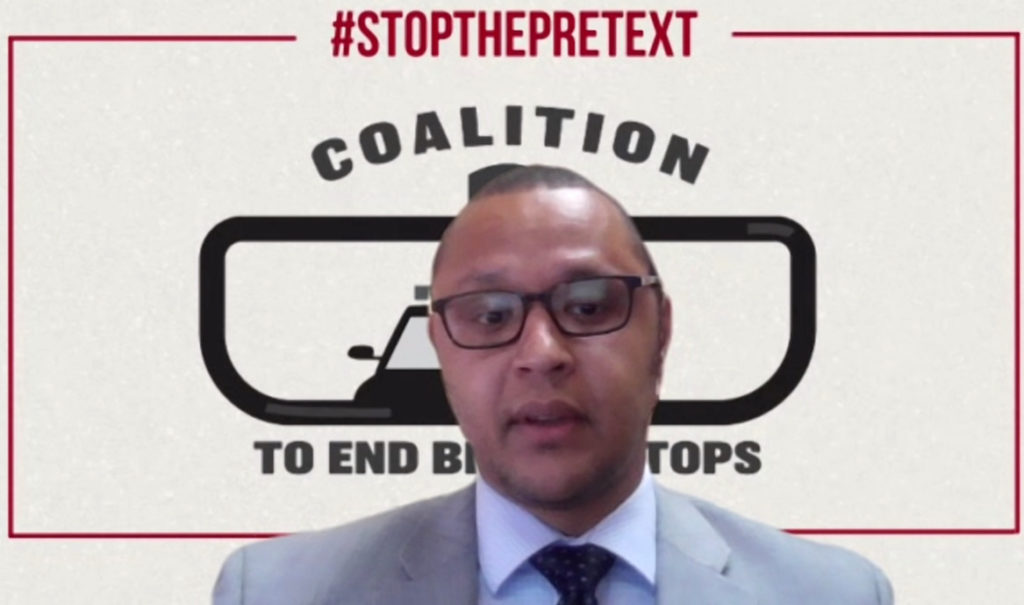 Ahead of a Police Commission meeting set for Wednesday night, a coalition of leaders called for an end to racially biased traffic stops, also known as “driving, bicycling, or walking while Black or brown” or “pretext stops,” during a virtual press conference.

Sameena Usman, Senior Government Relations Coordinator for the Council on American-Islamic Relations-SFBA, said, “Pretext stops are an excuse to pull people over for simple things such as an item hanging from a rearview mirror or tinted windows, and question, search, and even detain people. They do not help public safety and they disproportionately target communities of color, especially Black people.”