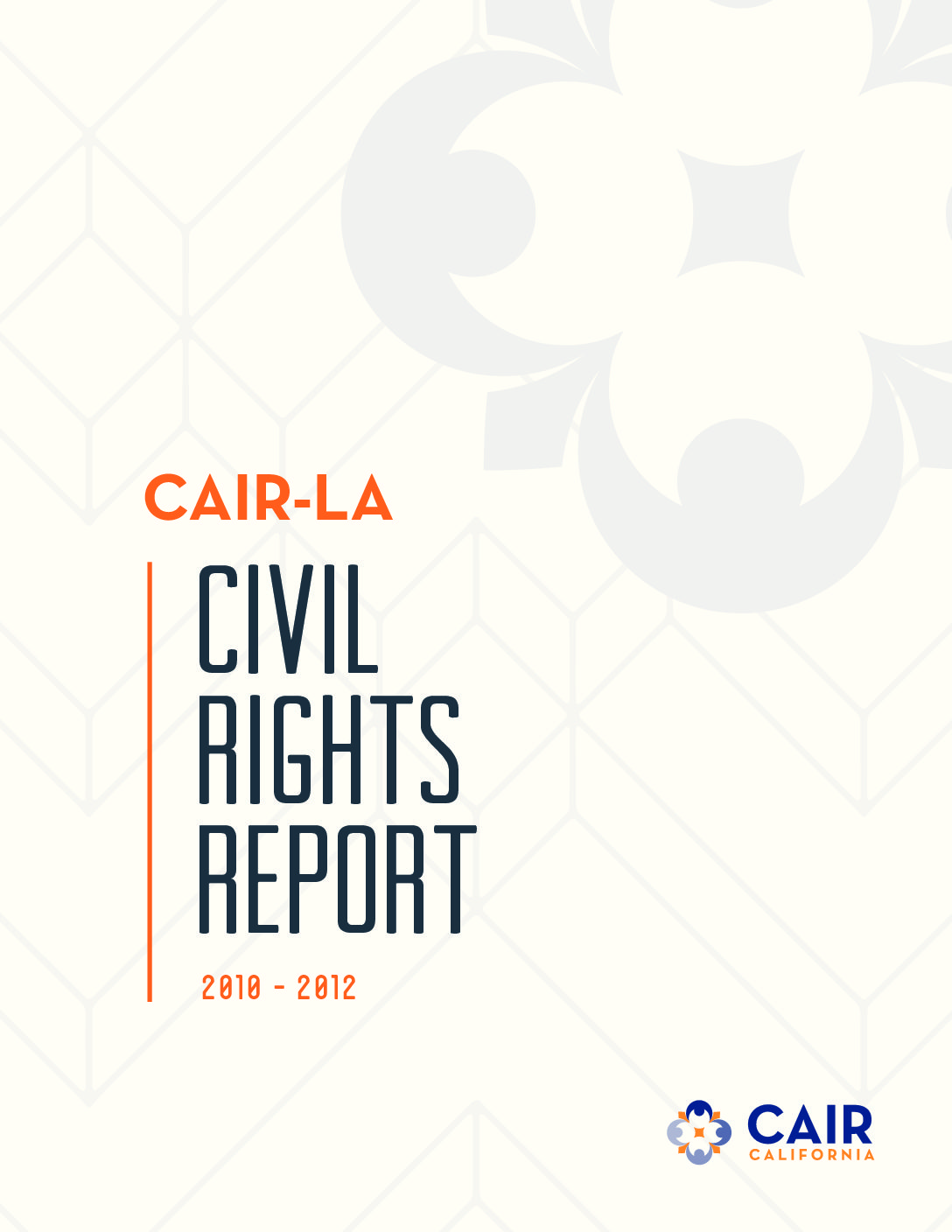 The data compiled for this report was collected by the Greater Los Angeles Area office of the Council on American-Islamic Relations (CAIR-LA) in 2010, 2011 and 2012.

Los Angeles Area Muslims reported incidents in which they were singled out for scrutiny by law enforcement agencies, perceived discrimination from co-workers and supervisors on the job, harassed verbally or in a few instances, assaulted physically, and subjected to intensive searches and delay while traveling. Individuals also reported difficulties in obtaining immigrant visas for family members and delays in adjustment of immigration status. Incidents took place in various locations, including airports, the workplace, schools and private businesses.

The next most frequent type of complaint received involved employment discrimination complaints, either involving religious accommodation issues in the workplace, hostile working environment or a negative job action after registering a complaint of discrimination. Employment cases accounted for 57 or 14% of calls received in 2010. They consisted of 64 cases and 19% of all cases received in 2011. In 2012, employment cases accounted for 55 cases at 16% of total reports received.

In 2010, the third most frequent category of cases involved hate mail and hate phone calls amounted to 40 cases and 10% of the calls received. In 2011 and 2012, immigration cases became the third most frequent category. In 2011, immigration cases accounted for 30 cases, 9% of the total reported, and in 2012 they accounted for 23 cases at 9% of the total cases received.