Alhamdulillah! The Muslim Ban Has Been Repealed 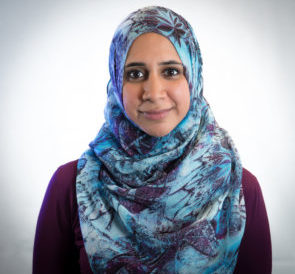 Today has been a day of mixed emotions. Cautious optimism is how I have described it to my colleagues and friends.

We watched as now former President Trump, who tormented Muslims and countless others, departed the White House one last time. We followed along as President Biden, who has made numerous promises to our communities, took the oath of office.

The last several years have been heartbreaking. We have watched as families were torn apart, children were thrown into cages, and foreign wars continued with no end in sight. The pandemic made these circumstances worse, plunging our country into a state of disarray as people struggled to survive without healthcare or jobs.

Still, Islam teaches us to be grateful, and as such we find it is important to acknowledge and celebrate the progress made today.

This afternoon, President Biden repealed the Muslim and African Bans, fulfilling his promise to do so on Day One.

Many of us on the CAIR-SFBA staff still vividly recall the first weekend of the Muslim Ban. We were overwhelmed with urgent phone calls from panicked individuals, yet inspired by the tens of thousands of allies who joined in protests at the airports.

For more than five years now, Allah’s mercy and your support have enabled CAIR to fight to protect the community through every means at our disposal.

Time and again, we worked with our partners in the No Muslim Ban Ever Coalition and others to:

In the end, we know that though victory comes from Allah, we must do our part. You, our community members and friends, did your part by working with and supporting us in our efforts.

Today we correct the course of so many disrupted lives, in the U.S. and across the world. Tens of thousands of impacted individuals will now have the chance to be with their families during cherished and challenging times. For millions more, the message that Islamophobic immigration policies will not be tolerated will resonate deeply.

While we know our work is far from over, today we celebrate the heroic efforts undertaken by so many over the last several years in our effort to repeal the Muslim and African Bans.

Also, you can access our newly published community advisory: Muslim & African Ban Rescission: What It Means For Impacted Communities on our website. In it, we explain what today’s Presidential Proclamation does and the work that remains ahead of us in order to undo the damage wrought by the Bans. If you know of anyone who may be impacted by the Bans, please share the advisory with them.

Lastly, consider beginning this new chapter in our work by becoming a monthly donor to CAIR-SFBA. Your sustained giving provides us with the stability we need during volatile times.