Take Action Today to Block Funding for War with Iran 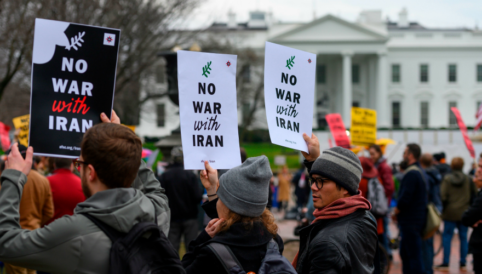 Last Friday, the Trump Administration launched a drone attack on an airport in Baghdad, killing Qassem Suleimani, the leader of Iran’s revolutionary guard corps, alongside several other individuals. Iran has vowed to exact revenge upon the United States, and the Trump Administration has ordered several thousand American troops to deploy to the Middle East.

CAIR National Executive Director Nihad Awad noted, “we join people of peace across our nation and around the world in opposition to another illegal, immoral war in the Middle East. We cannot allow thousands of Americans, Iranians and others to die because of President Trump’s reckless military brinkmanship with the Iranian government.”

CAIR is calling on all Americans to urge Congress to block funding for war with Iran by supporting and cosponsoring legislation introduced by Senator Bernie Sanders and Representative Ro Khanna.
The legislation will “prohibit any funding for offensive military force in or against Iran without prior congressional authorization.”

Email your members of Congress today.