What You Should Know About the Latest Muslim Ban 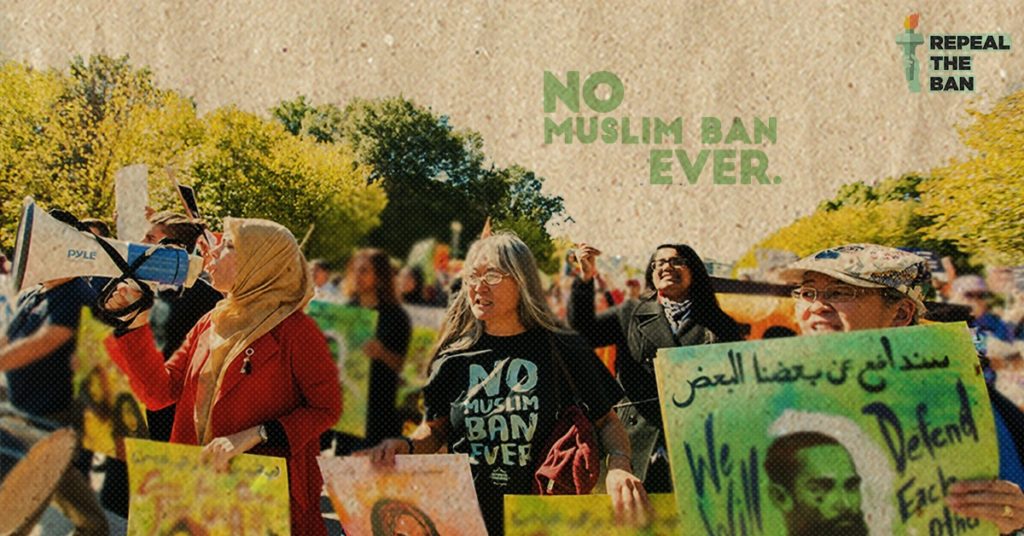 Just a few days after the third anniversary of the first Muslim Ban, the Trump administration has expanded its travel restrictions targeting even more Muslims and immigrants of color. The expanded Ban includes Sudan, Nigeria, Tanzania, Myanmar, Eritrea, and Kyrgyzstan. Individuals from Libya, Iran, Somalia, Yemen, Syria, North Korea, and Venezuela remain subject to the Muslim Ban as described here.

(See here for Arabic, Swahili, Kyrgyz, Karen, and Burmese versions of this advisory.)

We will update you should changes happen.

Who is Impacted Under the Expanded Ban?

The expanded Ban only applies to individuals who are 1) outside of the U.S. on the effective date, 2) who did not have a valid visa on that date, and 3) who have not obtained a waiver (discussed below).

The expanded Ban does not apply to:

Waivers Seeking an Exception to the Muslim Ban

The law states that a consular officer or Customs and Border Protection official has the authority to grant a waiver on a case-by-case-basis. The law also lists several examples where a waiver can
be granted (such as needing urgent medical care, reuniting with immediate family members in the U.S., business ties etc.).

Here are some things we know:

If you have an upcoming interview before a consulate, please seek legal advice about the waiver process.

Information around waivers can change very quickly, so seek legal help (while watching out for scams) and please check back frequently.

Our organizations provide information and legal services free of charge. You can contact us if:

Congresswoman Nancy Pelosi has said that she will bring the NO BAN Act to the floor for a vote in the coming weeks. The NO BAN Act would repeal Trump’s Muslim, asylum, and refugee bans—and limit the statutory authorities used by the administration to enact them. Please contact your member of Congress today to ensure they are committed to co-sponsoring, publicly supporting, and voting for this necessary legislation.